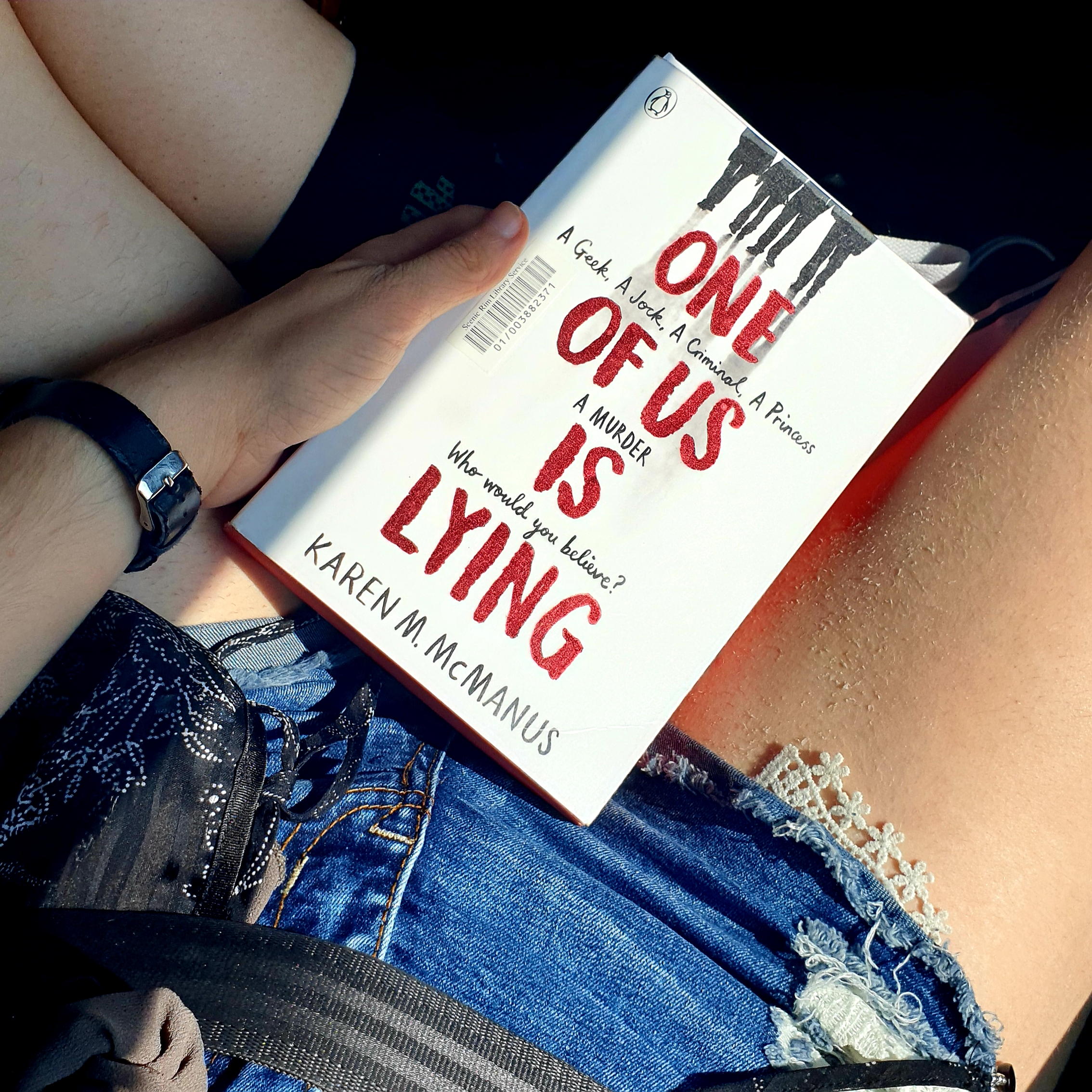 This book was a real surprise for me!

When I first started reading it, to be blunt, I thought it was trash. The characters were all really stereotypical and the plot seemed basic. I continued reading so I could discuss it with my book club and not much changed.

It took a while but by the time I finished the second part I was hooked! The transformation of all the characters and their relationships with each other was super interesting. I was completely invested in the mystery! It was a really entertaining read!

While I was reading the book I thought for some reason that at the end one of the main four characters was going to be revealed as a murderer and that one of their storylines was lying (as per the title). I’m so glad I was wrong because, in my opinion, it would ruin the entire story. I got really attached to the characters by the end and for one of them to end up as the murderer would’ve felt wrong. The way it ended was great and it was unexpected without being unbelievable.

I think my favourite part of this book is how fast-paced it is. There is always something new happening whether it be something between the characters or a new reveal in the murder case. At the same time though, it didn’t feel at all rushed.

Honestly, I’m just amazed at how I began the book thinking it was absolutely terrible and ended up marvelling at how well the author pulled it off! A good quick read to get hooked on.

Why would I be productive when I could just re-organise my bookshelf for the 100th time? That’s one secret I’ll never tell. You know you love me. xoxo procrastinating nerd. 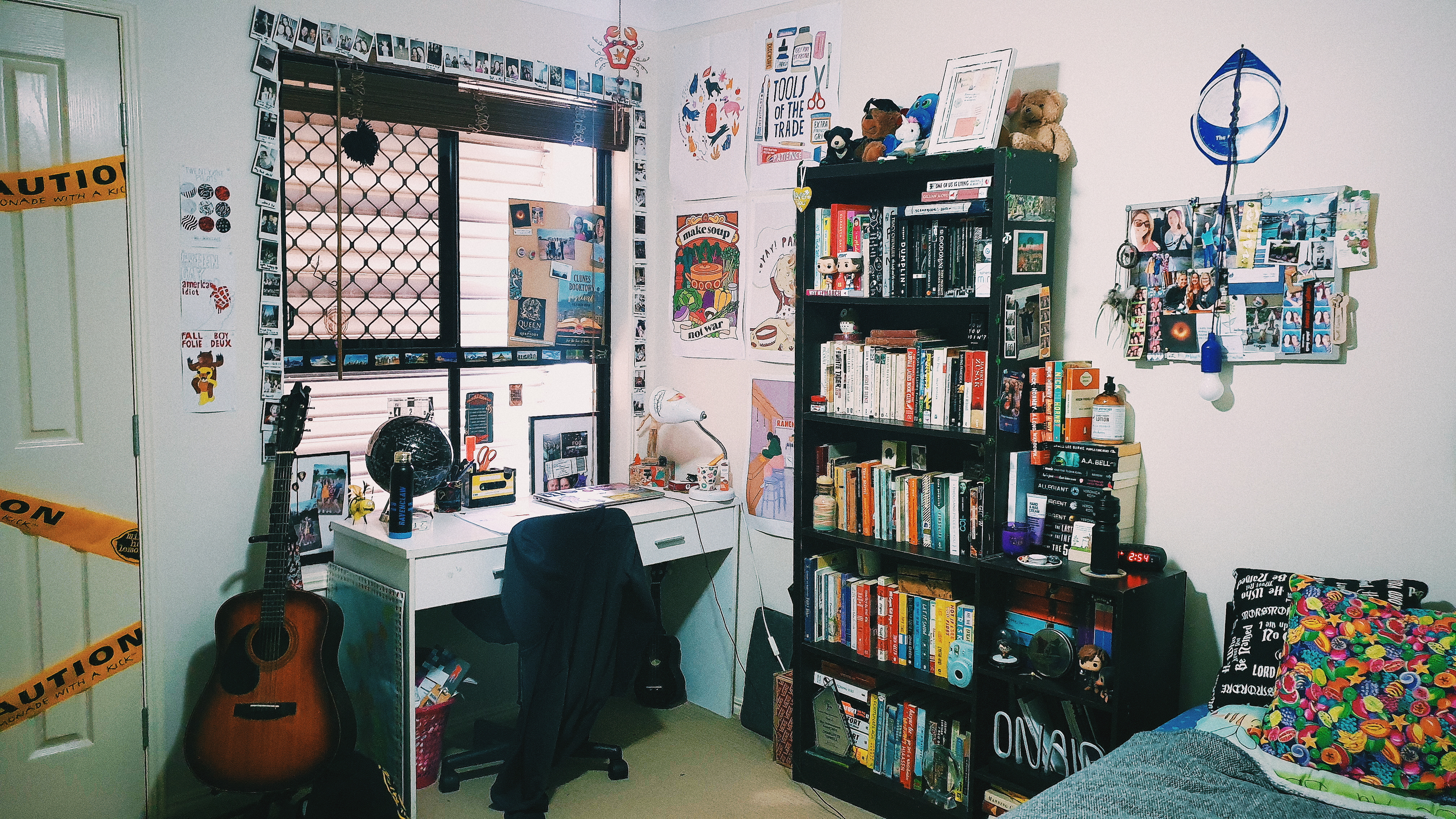 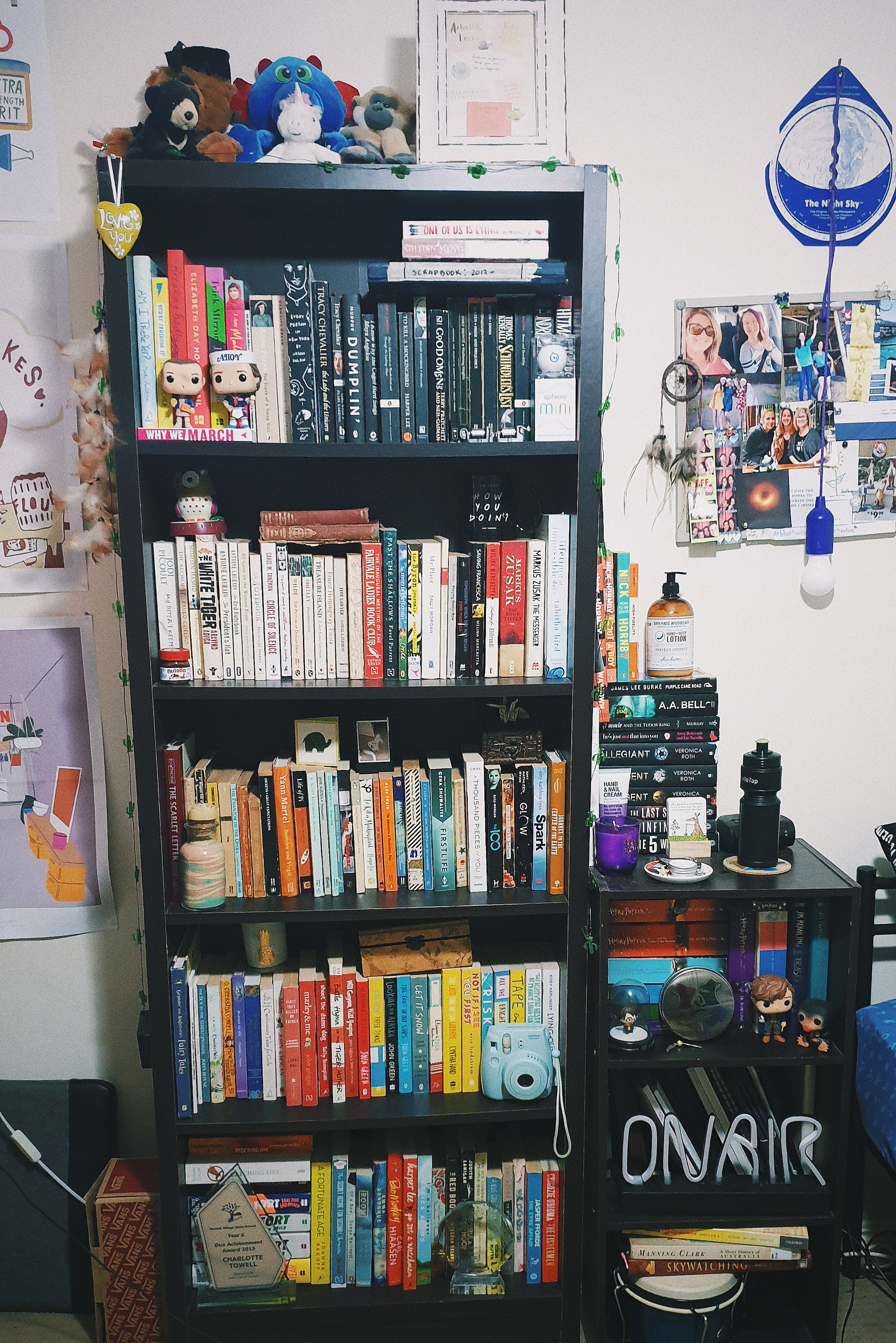 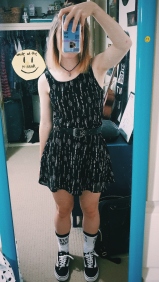 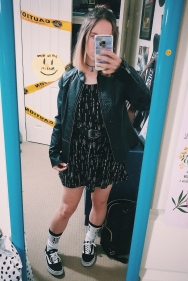 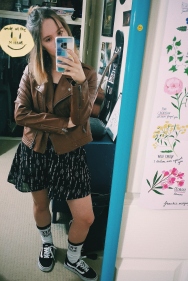 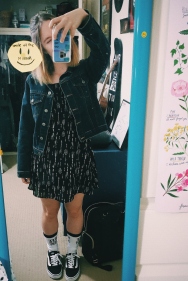 Can’t wait until winter when I can start wearing jackets again. New dress only $3 from Vinnies + vans for Christmas 🙂 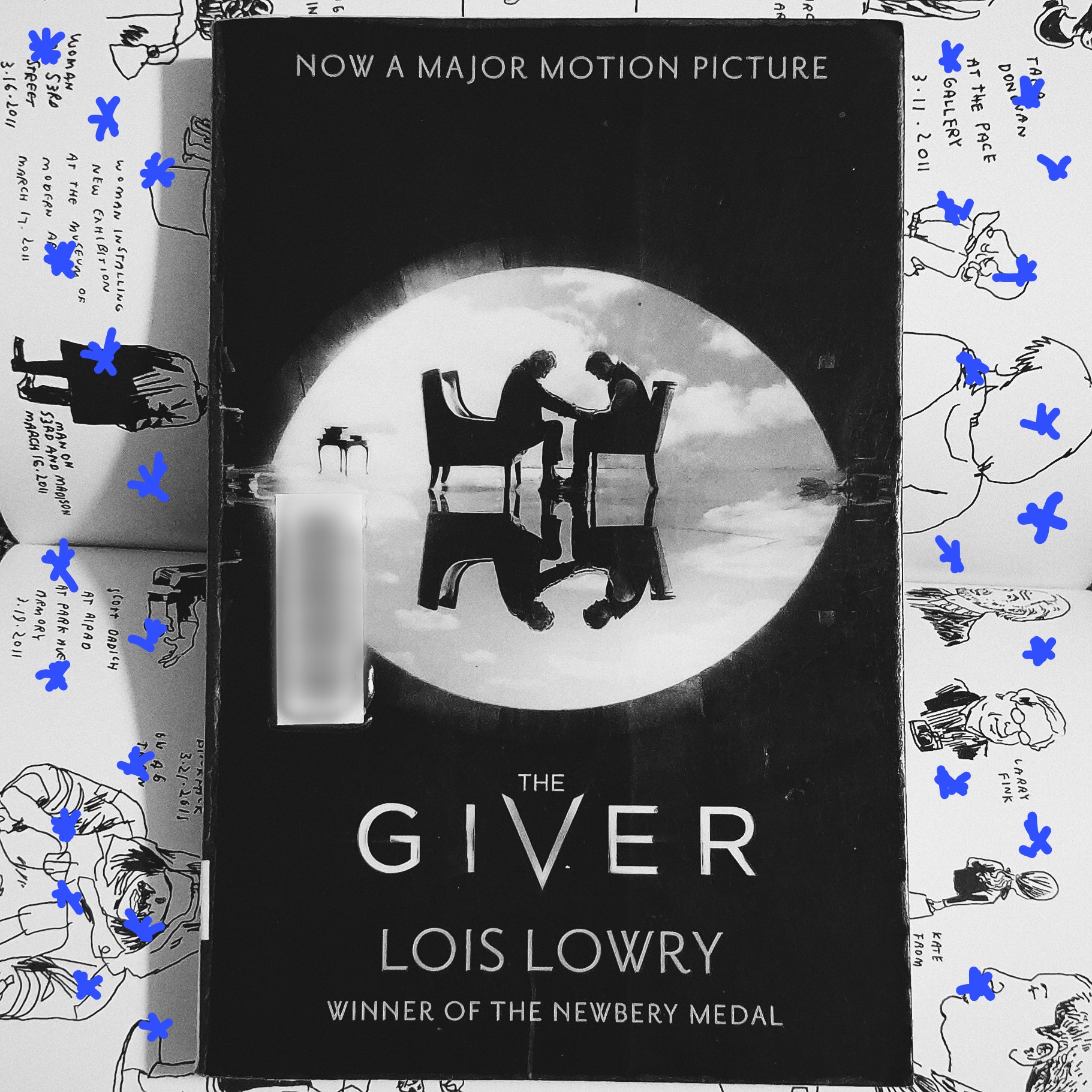 I’ve got mixed feelings about this book.

It started off as a really good dystopian society. All of the rules and such that governed the community were bizarre and spine-chilling. The ‘introduction’ lasted what felt like half the book where nothing was really happening but it was just world building. This wasn’t too bad though because there was a lot of detail to develop and it was really interesting.

However, despite all of the little details, all of the information about this ‘world’ was really shallow and left me with a thousand questions. I feel like this may have been intentional but at the same time I would’ve liked to know a bit more. Perhaps my biggest question is, scientifically how do all these people not have memories or see colour or any of that stuff?? The brain-washed civilisation is one thing but the not seeing colour really got me – I just wanted an explanation. The whole concept of ‘sameness’ was fascinating and repeatedly mentioned but never expanded upon. I’m assuming (hoping) at least some of these questions will be answered in the rest of the series but as a book on its own I thought The Giver was lacking.

In terms of the plot of the book, not much happened until literally the last two chapters. The entire story was developing the background until the second last chapter when suddenly there’s some confusing action.

The last chapter absolutely baffled me. It made no sense. (spoiler) Jonas suddenly leaves early because Gabriel is going to be released. Okay. But then the rest of the book is just him running away to… where? Jonas doesn’t know. The reader doesn’t know. I have no idea!! and then it abruptly ends on some vague mention of is it just an echo? I’m so confused. Like I said before, I’m assuming the rest of the series would make sense of all this but even as a book with a sequel, it feels incomplete.

Overall, as a description of a dystopian society, it was really fascinating to read and I was hooked, waiting for something to happen. The only problem is that, when something finally did happen, I didn’t understand it. So, certainly, not a waste of time reading but I’m not entirely motivated to continue the series. My lack of comprehension goes hand in hand with a lack of investment. 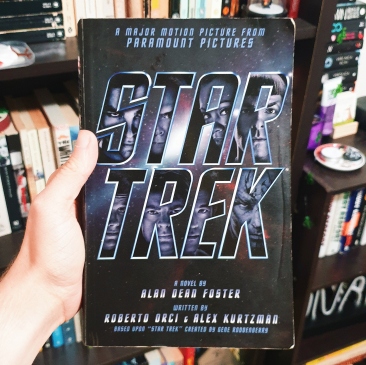 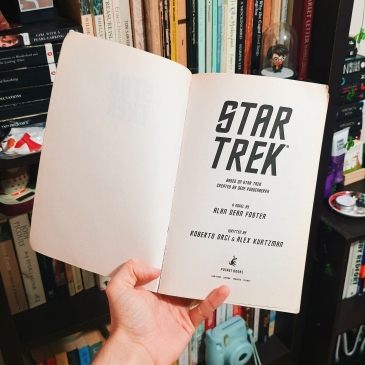 I’m a big fan of watching sci-fi movies, including really bad ones, to pass the time. For some reason though I’d never watched Star Trek or Star Wars which are like THE sci-fi films. Anyway, I recently watched the new Star Trek trilogy with Chris Pine and I really loved it! My grandparents have always been massive fans of Star Trek so I started watching the original series to my Grandma’s absolute delight. In short – I’m loving it! The production is hilariously terrible.

Because of this development, my Grandma sat me down and went through their entire Star Trek cabinet with me (cause we’re a family of nerds). Amongst all of her old VHS of the seasons and what not was this book so I was like done deal, I’ll read that.

It is exactly like the movie! I’ve always been wary of reading books based on a movie rather than the other way around but this has changed my perception of that. It was just like re-watching the movie in written form with a bunch of extras. Plus, it was written really well. Now that I’ve read this I’ll probably go back and watch the movie (again) because it provides so many little things that you wouldn’t quite pick up on in a movie. 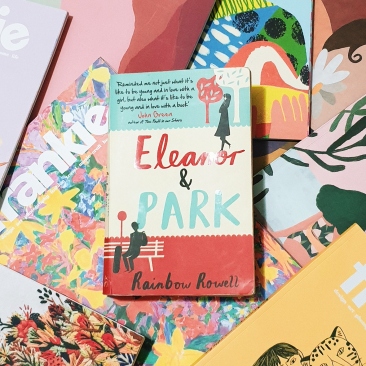 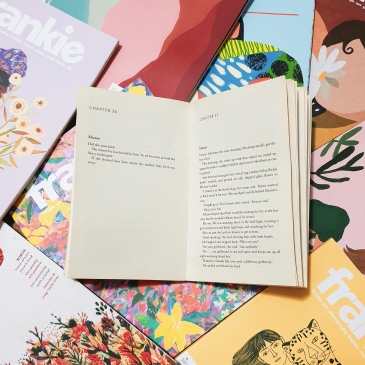 This book was enjoyable but it kinda let me down.

I am not a very fast reader but I ended up reading this in just two days which is really quick for me. Mainly because a) I have a lot of free time at the moment and b) it was an easy read.

Which brings me to my first thing: this book was incredibly cliche. However, I wasn’t expecting anything more. As a cheesy teen love story it was entertaining enough to keep me picking it up again and again. However, a love story is literally all the book is; there is barely even a side plot. Yes I know, it is literally called Eleanor & Park but those two are the entire book. Nothing else happens besides their romance. There were so many other characters that felt like cardboard cut outs that could’ve had great potential – Tina and Steve would’ve been interesting to develop more, for example.

Despite the basic plot being cliche, certain aspects of the book were really unique which I loved. There was a really diverse, although underdeveloped, cast of characters which was refreshing. I rarely read love stories so I don’t exactly have much reference but I was expecting a John-Green-esque romance going in and this was not that so I was pleasantly suprised.

Pretty much, there wasn’t much wrong in the book that stopped me from liking it. It was a good story. Except for one thing that annoyed me to no end:

The whining!! Both Eleanor and Park are insecure and teenagers and different to everyone else and while I get that it was part of their characters and what they bonded over, it got so damn repetitive at times. There’s only so many times I can read about Eleanor almost ruining their relationship because she doubts Park’s feelings for her before I want to rip out the page and tell her to get over herself (That amount of times is one. There was significantly more than that.) There was a stage in the middle of the story, around when she first started meeting his parents, that bored me to death. It seemed the only plot point was ‘~problems~ because they both think they’re not good enough for each other and then they magically make up, then repeat’. Once was more than enough.

Also, around this same time in the book, Eleanor kept bringing up Park and Tina’s grade-six relationship and was really angry at Park about it which I thought was completely irrational and it lasted in the book for way too long.

Once the plot moved on from that annoying point, though, it got really interesting. When Eleanor and Mindy (Park’s mum) started developing a relationship, Park started wearing makeup, and Ritchie was revealed as the villain instead of Tina, the book was really interesting because more things were happening than just Eleanor and Park’s infatuation with each other.

It may sound like I’m bagging this book but I did really enjoy it and would recommend to anyone just as a quick easy read that you don’t need to think too hard about. 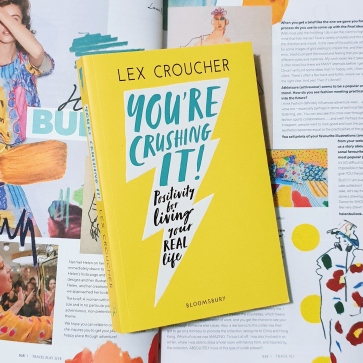 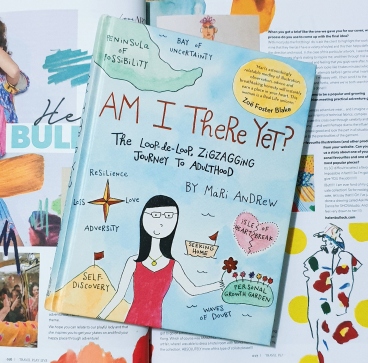 I’ve quite taken to reading non-fiction books lately. 2019 has been the year where I’ve branched out from novels.

I feel like I’m at an in-between stage of life as a 16 year old and I just want to absorb all the perspectives there is. I still love a good story but the real world is becoming more important.

Everything is changing and I am more educated. I want to read about advice from other people and events from other places in the world. In books and magazines I’ve found the source to feed this new-found hunger for information. Non-fiction is rising as a new favourite genre of mine.

I really love op shopping and the other day I bought this play suit from Vinnies for $3! This morning I saw an article about this movement called ‘Revive your style’, in particular this picture, about re-wearing the same dress in three different ways.

Thus, I have done so with my new purchase: 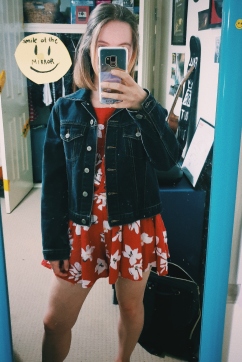 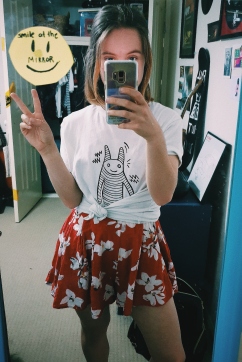 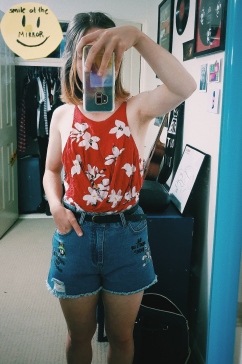 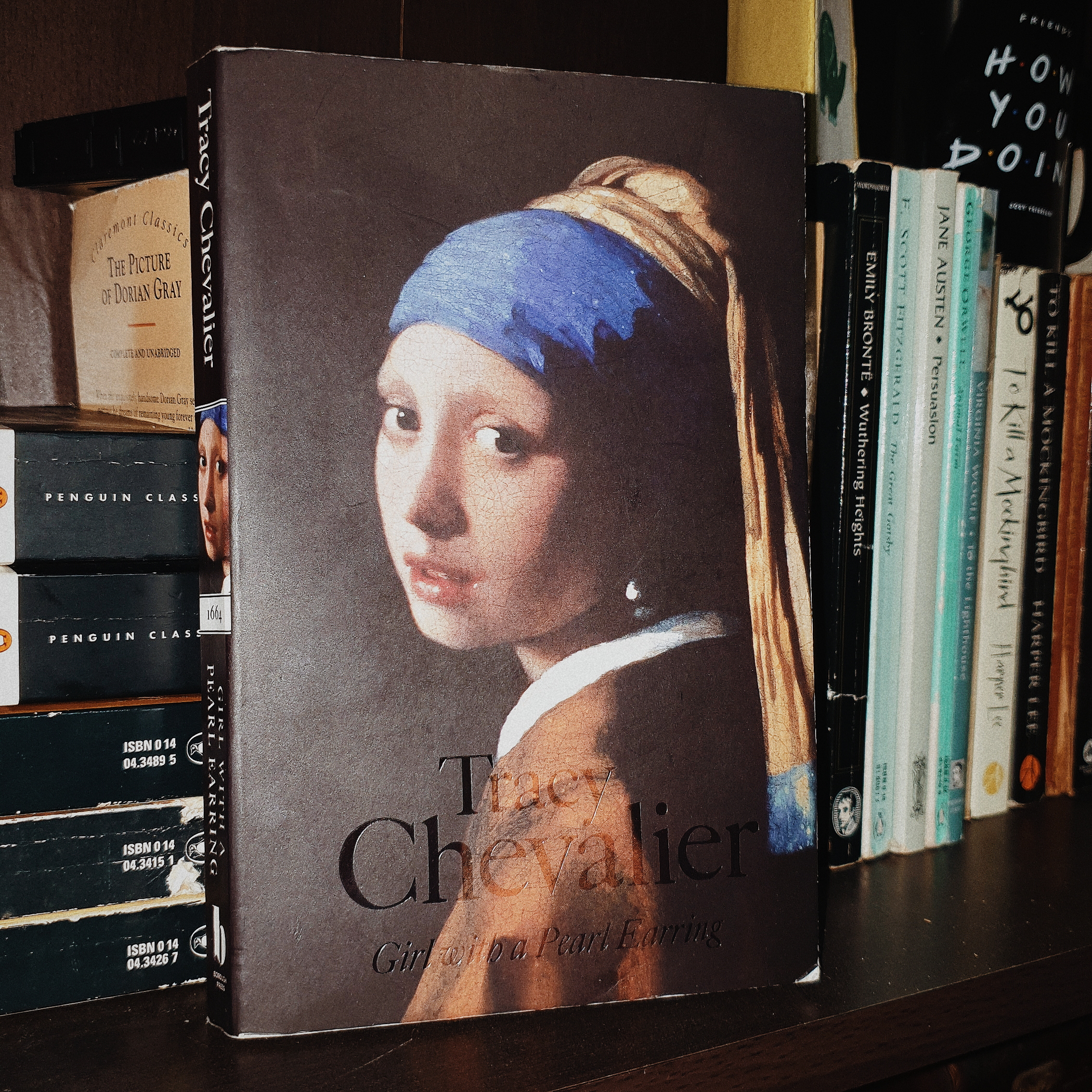 Absolutely in love with this book! I just finished reading it and loved it the whole way through.

The time/setting is a genre I love reading but haven’t in ages. Plus normally when I read old-timey European books the protagonist is male so this was really refreshing!

The way all the characters were developed, from Frans and Vermeer and all the children of the Oude Langendijk household, and especially Griet, was so interestingly complex. I don’t have the words to articulate it but I was gripped with each and every character.

The entire story was incredible, there wasn’t a single moment where I thought it was slow or uninteresting. The plot was rich and enthralling.

Although I’m too tired to find the words to describe why, this book has become one of my new favourites.